During the week of Oct. 7, 2019, opponents of San Onofre Nuclear Generating Station (SONGS) publicized photographs taken during the visual assessment of SONGS spent fuel storage canisters. The photographs are of surface irregularities and wear marks observed on the surface of the canisters. The photographs were part of a first draft of a Southern California Edison (SCE) proprietary report that was shared with the Nuclear Regulatory Commission (NRC) as part of its inspection of the effects of incidental contact that may occur between a canister and storage components during placement into dry storage. The final report in which these photographs were contained, “SONGS Downloading Effects on HI-STORM MPC Visual Assessment Report,” dated April 15, 2019, is noted in the NRC’s Supplemental Inspection Report of July 9, 2019, at page 34. (A link to the publicly available report is provided here.) The photographs released this week were obtained via a Freedom of Information Act request to the NRC.

The clearances between the canister and components within the storage vault are small (~1/4 inch) by design. These small clearances provide radiation shielding which protects employees, as well as limiting the movement of the canister during a potential seismic event, increasing overall safety. As a result of the small clearances, incidental contact between the canister and storage components during lowering of the canister is expected. More information is available in an SCE White Paper posted to this website in June. Such contact is not unexpected throughout the industry, no matter the system utilized. At least seven other nuclear plant sites have conducted canister inspections. Those inspections have only identified minor anomalies, such as carbon steel contamination stains or minor coating degradation. 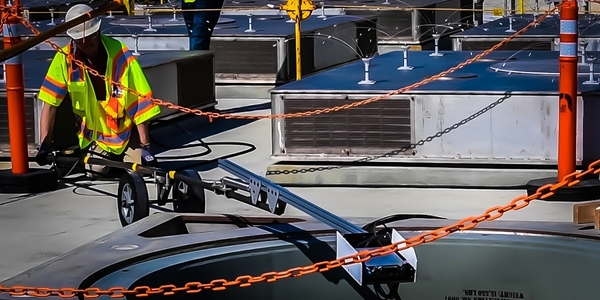 As noted by the NRC’s July 9 report, the visual inspections of the canisters at SONGS provided confirmation that the incidental contact that may occur during the lowering of the canisters does not result in any scratches (much less gouges) that challenge the integrity of the canisters. Some of the marks are simply material transfers, as one might find if a car tire rubs against a curb and leaves a black smudge. As also noted in the NRC’s report, many of the wear marks had negligible depths, and the maximum depth of any scratch found was a localized depression of 26/1000ths of an inch deep. This is within the ASME Section III code acceptance limits for scratches on the 625/1000ths-inch thick shell of 62.5/1000ths of an inch deep. For reference, a sheet of plain paper is about 4/1000ths of an inch thick.

The photographs are close-ups taken from a high-resolution camera mounted on a robot guided along the canister surface. The camera used to characterize surface irregularities can measure the depth or height of any features to an accuracy of +/- 1/1000th of an inch (0.001 inch). The photos by themselves do not tell the whole story, in fact alone they can tell a very different story from the factual record. The marks and indications found underwent detailed analysis to accurately characterize the length, depth and category of mark.

The photo below, for instance, is from Canister #29 (MPC 67), the canister that became wedged during lowering. The canister, after inspection of more than 95 percent of its surface, had no marks of any measurable depth (meaning less than 1/1000ths of an inch). But to the human eye, a “scratch” is clearly visible. Again, that mark has no depth to it. 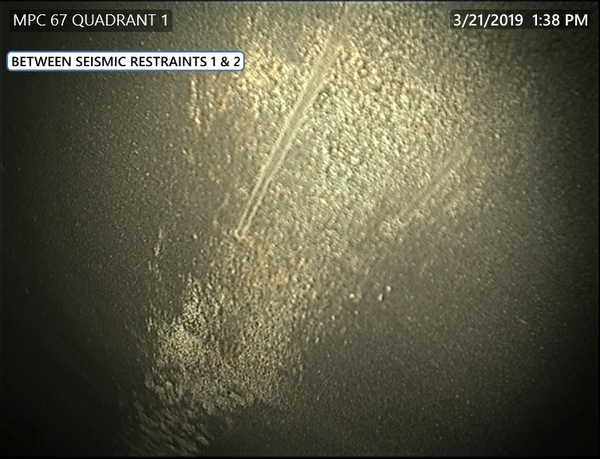 Most of what was found during the inspections is reflected in the photos below, smooth canister surfaces with no rub marks or any signs of contact. Again, this is Canister #29 (MPC 67) which became wedged. The canister surface is at left in the photo timestamped 2:04 p.m. 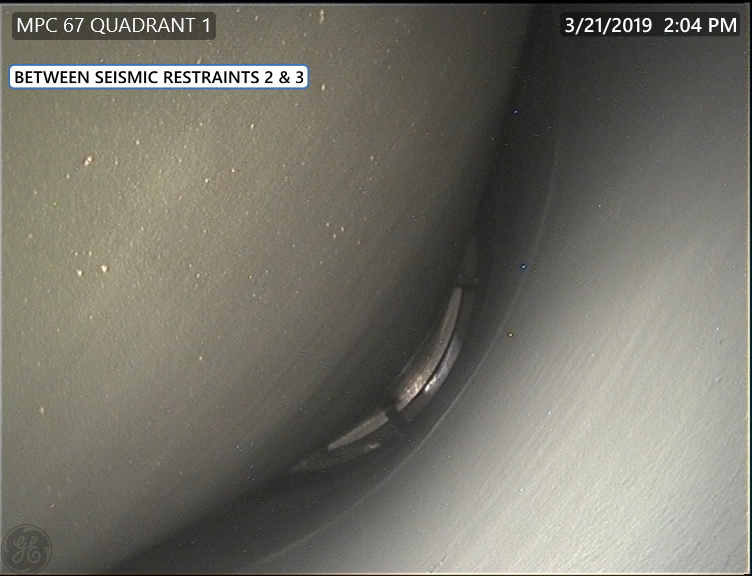 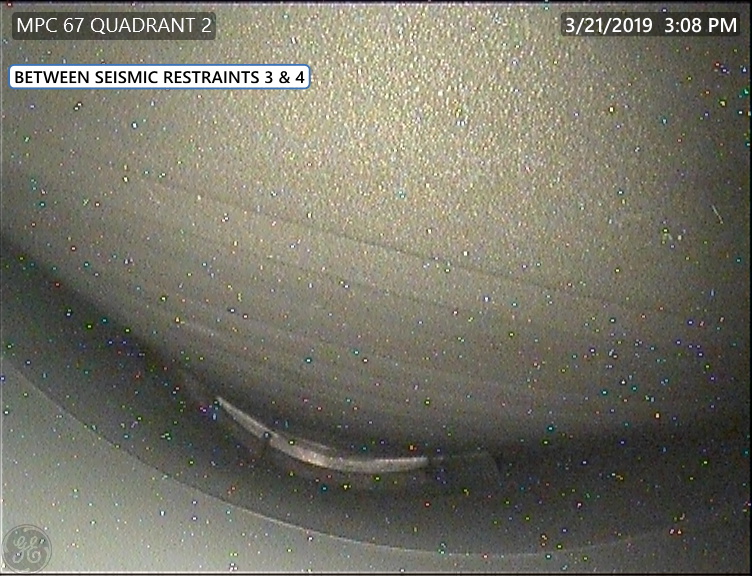 To help better understand the photographs, view this guide that details what the analysis concluded about each canister mark.