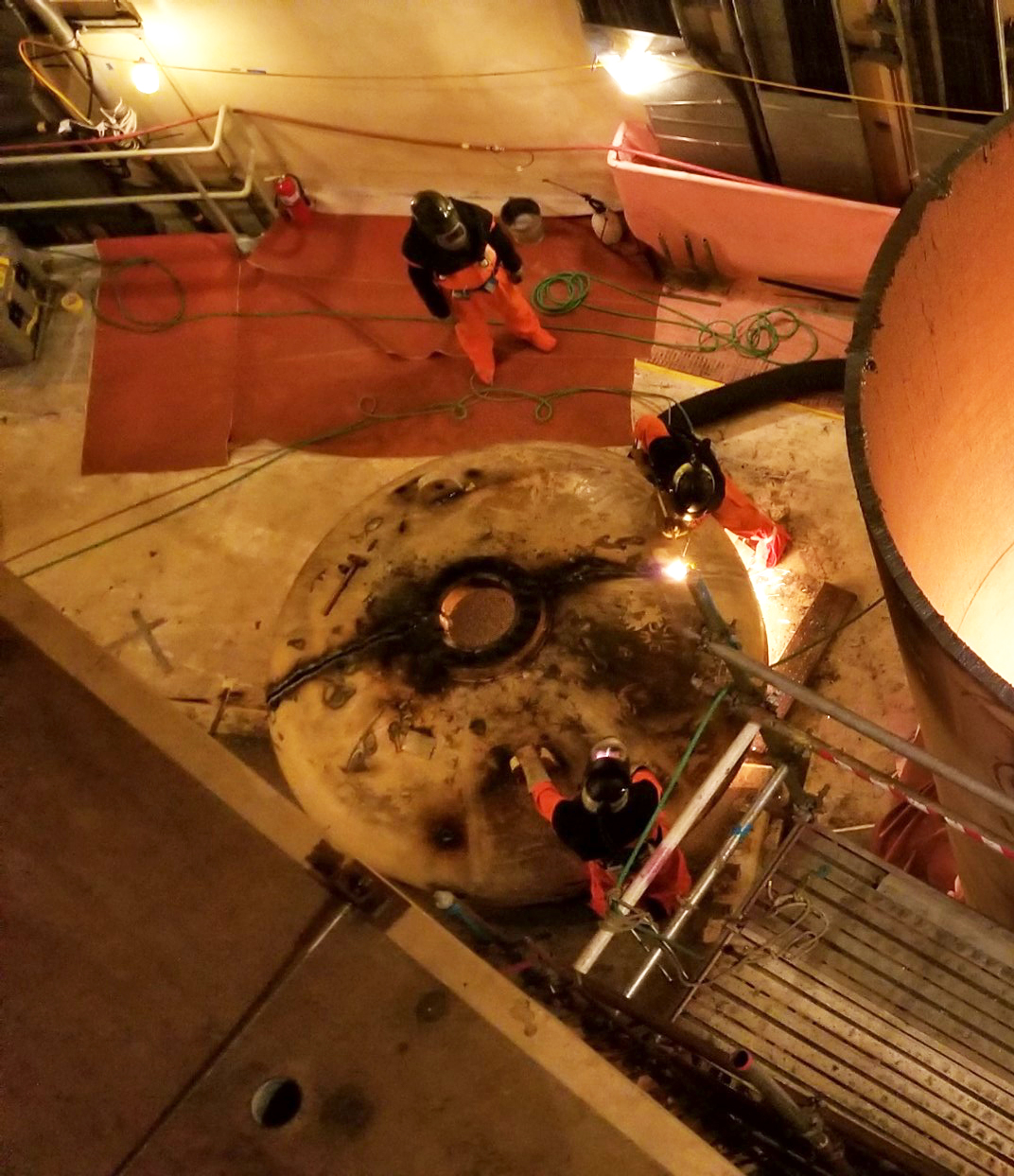 The designated "fire watch" (seen in the upper portion of the photo) keeps an eye on "hot work" taking place in the Unit 3 containment dome.

Any fire at a nuclear power plant, even a plant undergoing decommissioning, is unacceptable. The standard is there will be no fires. However, during the dismantlement of the San Onofre nuclear plant, small flare ups are inevitable as torches are often used and as potentially combustible material is cut, what is often called “hot work.” The overwhelming majority of these fires never grow beyond a Bic lighter-sized flame because they are caught immediately and extinguished. A key aspect of that response is having a designated “fire watch” on the job site, a dedicated individual watching for any sign of a potential issue. Such was the case Nov. 3 during hot work to cut-up a steel tank with a torch. The fire watch identified a small flame from a leak caused by molten slag and extinguished it quickly.

The designated fire watch for all “hot work” is trained to understand the potential hazards of the work site, as well as the hazards of the type of work being performed. The fire watch identifies in advance where the nearest fire extinguishers and hoses are located, as well as the nearest phone, and then observes the work as it is performed. If a phone isn’t available, radio communications must be established. All instances of fire are to be reported to Operations, no matter the size. During work, the fire watch will also conduct inspections of shielding material.

“The trained ‘fire watch’ personnel have absolutely no responsibilities other than watching for unintended fire conditions during the work process and for a ‘cool-down’ period of 30 minutes after all hot work has ceased,” said Vince Bilovsky, SCE’s deputy decommissioning officer. 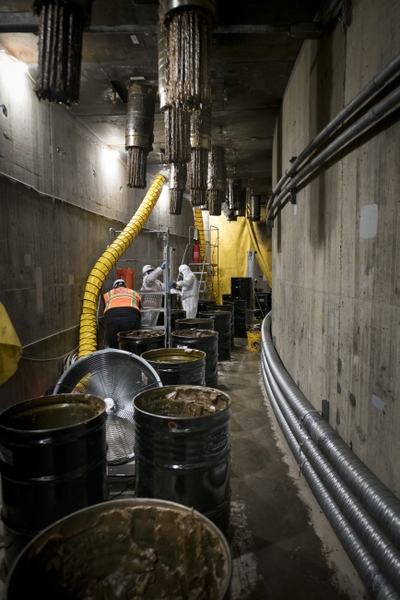 The tendon project is one where the fire watch plays a key role. As part of dismantlement, crews are removing cable tendons that crisscross the San Onofre containment domes. Though not visible, each dome contains 90 vertical tendons and 114 horizontal tendons.

Each tendon is made of 55 half-inch diameter cable strands and each strand is made from seven high strength wires. Overall, there’s approximately 5,700 miles of tendon strands in each containment dome. Each sheath containing a tendon holds approximately 50-100 gallons of potentially combustible grease, which must be drained prior to hot work.

“The (removal) process involves flame-cutting of components that have a lot of grease on them, and even more grease above where the cuts are being made,” said Paul Smith, SCE safety manager. “Heat transfer is absolutely unavoidable.”

To mitigate the impact of that, use of operating experience, or lessons-learned, has been beneficial to the overall safety success of the project. Examples include the use of sand-filled barrels to collect the grease prior to hot work, wet fire blankets during cut-up, and pausing for cool down to control any flame that pops up.

“Safety is our top priority as we work through the dismantlement of San Onofre. We’ll continue to maintain high safety standards through our oversight of the project,” Bilovsky said.