Putting a Cork in the Yellowstone Effect 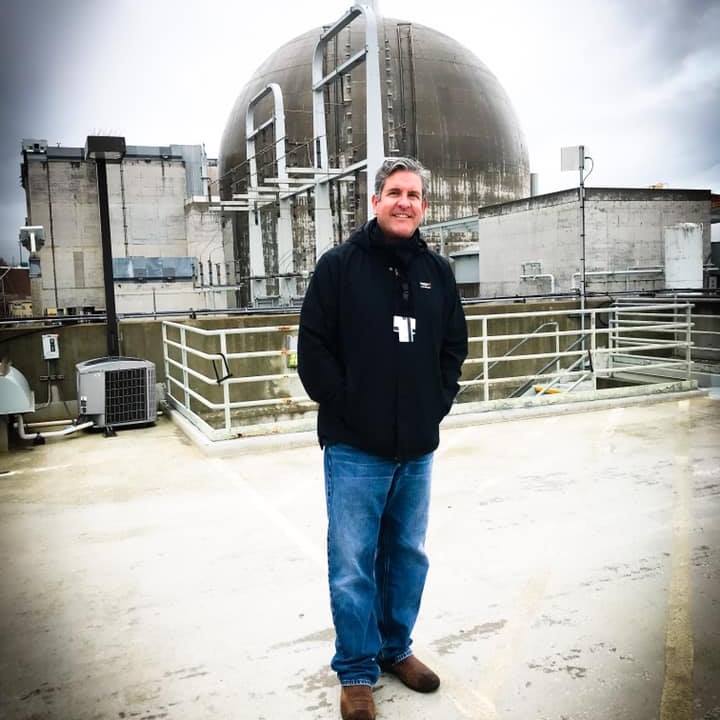 Educating the public on nuclear energy and spent nuclear fuel (and its storage) is something we devote a lot of time to because it’s important to us, and to people who live and work in the local communities around the San Onofre Nuclear Generating Station (SONGS). Also important is the need to dispel assertions that are without foundation or grounding in fact or science.

On the day we were hosting a tour for more than 120 students from a local high school, a group calling itself “Public Watchdogs” dropped a news release trumpeting one of these false assertions. Fortunately, a number of responsible reporters asked if we had a comment or information to refute what Public Watchdogs was claiming. And we did.

In the news release, Public Watchdogs claimed that should there be a flood at the San Onofre nuclear plant, the cold water would come in contact with the outside of the spent fuel canisters, heat up rapidly, cracking the canister, and flash to steam creating a “radioactive geyser,” hence the so-called “Yellowstone Effect.” (Apologies for all the quotes.) That’s a scenario that would no doubt generate a lot of web clicks–regardless of whether it was true or not. It isn’t.

In order for this hypothetical scenario to work, Public Watchdogs relies on real documents and data, but misapplies them, which results in the potential of misleading the reader (and journalists) into believing something can happen that can’t.

Public Watchdogs claims the “exterior temperature of the thin-walled canisters average 452°F…” That number comes from a real document. It’s in a Final Safety Analysis Report (FSAR) for a couple Holtec canister models. Not the model we use at San Onofre, but we won’t quibble. However, the number represents the Design Basis Heat Load, not the actual temperature of the canisters. The DBHL is a number which tells us “don’t load the canisters above this temperature.” We don’t do that at SONGS, we don’t even come close. For the group to claim that the DBHL is the actual temperature of the canisters is just plain wrong. It’s like saying the speedometer on your car goes up to 120 miles-per-hour therefore you are driving at 120 miles-per-hour. All the time.

In our response to reporters, we pointed out that the actual temperature of the canister surface is approximately 225 degrees F. This brought a testy response from the Public Watchdogs’ subject matter expert, Paul Blanch, in an email on the morning of Feb. 5:

“Edison also stated the shell temperature was 225 degrees. Another rectal extraction! Shell temperature is not monitored. I suspect this may have been a monthly reading of the air outlet temperature.”

While it’s true that shell temperature is generally not monitored, we had an opportunity last spring to directly measure the shell temperatures of eight loaded canisters while doing our in-situ visual inspections using robot technology. It’s a lot easier to fool people into believing “radioactive geysers” if you can make them believe the canister surface is 452 degrees F. At 225 degrees F. it’s a much harder sell. But in either case the scenario is off-base. You can read our full response here.

After being informed of the inspections and the actual reading of the canister shell temperature, Mr. Blanch still insisted (in an email on Feb. 6) the 225 degrees F. must be the “air temperature” coming from the outlet vent atop the canister storage modules:

“The 225 °F number is likely the air outlet temperature and in no way reflects the MPC surface temperature that are (sic) at least 452 °F.”

If the air coming out of the vents was 225 degrees F., we would not allow visitors to stand so close to them. Even reporters visiting the spent fuel storage pad have put their hands out to feel the warm air from the cooling canisters.

In response to Mr. Blanch's assertion, we thought it would be helpful to demonstrate the actual outlet air temperature from the warmest canister location we have on site. Watch the video below to see the results. Spoiler alert: the reading is about 100 degrees cooler than what Mr. Blanch alleges.

Solving the issue of long-term storage of spent nuclear fuel deserves serious discussion. Groups such as Public Watchdogs and others distract from that with claims of impending disaster from spent nuclear fuel. Just one problem, spent nuclear fuel is incapable of behaving in the manner they suggest. That’s why none of them can point to an instance of spent fuel harming people or the environment. That example doesn’t exist. And spent fuel has been stored in this country for more than 60 years in both wet and dry storage. Inevitably, those who want to create fear around commercial spent nuclear fuel point to military defense weapons waste. It’s not the same thing.

People do have concerns about spent nuclear fuel stored at SONGS and elsewhere, and about the federal government fulfilling its legal obligation to solve this issue for the long-term. Those concerns need to be heard, understood and addressed with facts that are based in science (then backed-up with demonstrated safe performance). It’s one reason we conduct public tours twice a month, so people can see, learn, ask questions and get answers.

We appreciate that some journalists reached out initially to gather more information before deciding whether to publish a story or not on the “radioactive geysers.” We are used to getting the tough questions and providing the data and facts to back up our answers. We believe that should be the standard for everyone, including a group that claims to be a public “watchdog.”