Water played an important role in the operation of SONGS, primarily for cooling and radiation shielding. And just as the structures on site will be dismantled and removed over the next eight years, the water that’s present will also need to be removed as part of decommissioning. 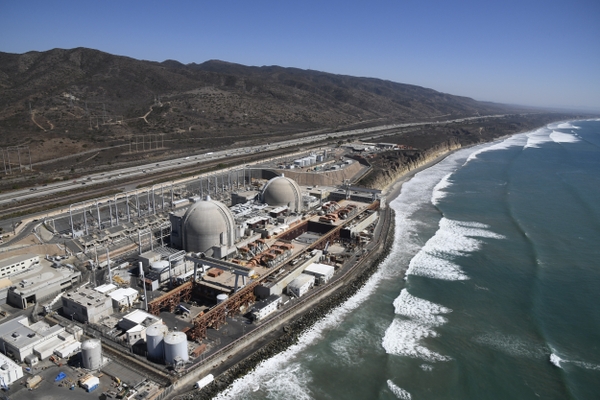 SONGS re-started its water batch releases last December. The releases had been a part of plant operations since Unit 1 began producing electricity in 1968. Batch releases are specific releases of wastewater that are collected, filtered through ion exchangers and charcoal, and released to the ocean via federal permits. After processing, they contain a trace amount of radioactivity.

The releases we’ve made since December have been in the 20,000 gallon range. This week that amount is scheduled to climb to approximately 104,000 gallons. Why the larger amount? Water has been released as it’s been collected and processed, usually in the smaller volumes from different tanks. Going forward, there will be larger releases similar to this one, as well as the smaller releases. While the volume may be higher this time, the radioactivity will remain low and within regulatory limits. The dose for this week’s release is actually smaller than the dose for the last release, though five times more volume. As explained here, the Nuclear Regulatory Commission has established a safe dose rate limit of 6 millirem a year. We have reached a small fraction of that limit—just 0.226%—with batch releases completed this year. The releases will continue to vary in volume and timing throughout the decommissioning process.

The water for Thursday’s planned release is from plant systems, HVAC condensation, and the fuel transfer canals used while the plants were operating. The water remaining in the spent fuel pools won’t be released until sometime next year. As with the releases made this year, that water will be processed to meet both stringent NRC and NPDES permit requirements prior to releasing via the Unit 2 conduit. It will undergo further dilution, using our saltwater dilution pumps, before release more than a mile off-shore, 50 feet below the surface.

For more information on the safety of water batch releases, Surfrider has a blog post that offers perspective from a radiochemist for the Woods Hole Oceanographic Institute. Greg Becker, a long-time local surfer and SCE project manager, also wrote an op-ed for the San Clemente Times on the subject.

We will continue to post our 48-hour public notifications on the Liquid Batch Release webpage.