Throughout the eight year deconstruction process at SONGS, SCE and our decommissioning contractor, SONGS Decommissioning Solutions (SDS), will work diligently to ensure compliance with environmental permits and regulations.

In fact, three major environmental permitting milestones were required before decommissioning could begin, and all three require ongoing monitoring and reporting to document fulfillment of commitments described in permit conditions. Certification of the project’s Final Environmental Impact Report (FEIR), a new lease with the California State Lands Commission (CSLC) covering decommissioning and issuance of the Coastal Development Permit (CDP) from the California Coastal Commission (CCC) all have specific requirements for actions and reporting.

SONGS Decommissioning Solutions (SDS), as the general contractor for decommissioning, employs an expert team of scientists and specialists to provide the necessary monitoring and reporting for environmental commitments. The largest focus of the onshore portion of work is protecting the biological resources that live, nest, grow and feed at and around SONGS.

Annual bird surveys, required by the CSLC, are conducted for a variety of bird species including the coastal California gnatcatcher, burrowing owl and other nesting birds. Once surveys are completed, reports are generated by the SDS team, documenting results and mapping identified nests and species. These reports are then provided by SCE to permitting and wildlife agencies, as well as the Department of the Navy at US Marine Corps Base Camp Pendleton.

All workers and site personnel involved in decommissioning attend a one-hour Worker Environmental Awareness Program (WEAP) training to familiarize themselves with on-site species and their compliance responsibilities. During work activities, a disturbance-free buffer may be established around any active nest to allow the eggs to hatch, the young to grow and then fledge the nest with minimal disturbance.

Onshore environmental compliance work for 2020 also includes three rare plant surveys conducted during the spring and fall blooming seasons to identify plants in and around SONGS. All species are described and mapped in a report provided by SDS to SCE for submission to all permitting and wildlife agencies, as well as the Department of the Navy.

Prior to the start of decommissioning, a Salvage and Relocation Plan was approved to identify and protect rare plant species that cannot be avoided during work activities in Environmentally Sensitive Habitat Areas. 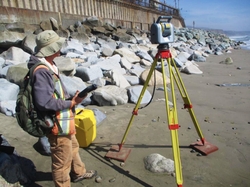 A member of the land survey crew gathers data for topographic land surveys.

Groundwater elevation data is collected and studied to monitor current and projected groundwater levels considering the potential effects of sea level rise. In addition, topographic land surveys of the coastline near SONGS and the SONGS rip rap (protective rock) are performed to monitor geological and coastal processes and conditions, and the potential long-term effects of sea level rise. Annual documentation of these environmental conditions is required over the lifespan of decontamination and dismantlement. The latest report is available here. 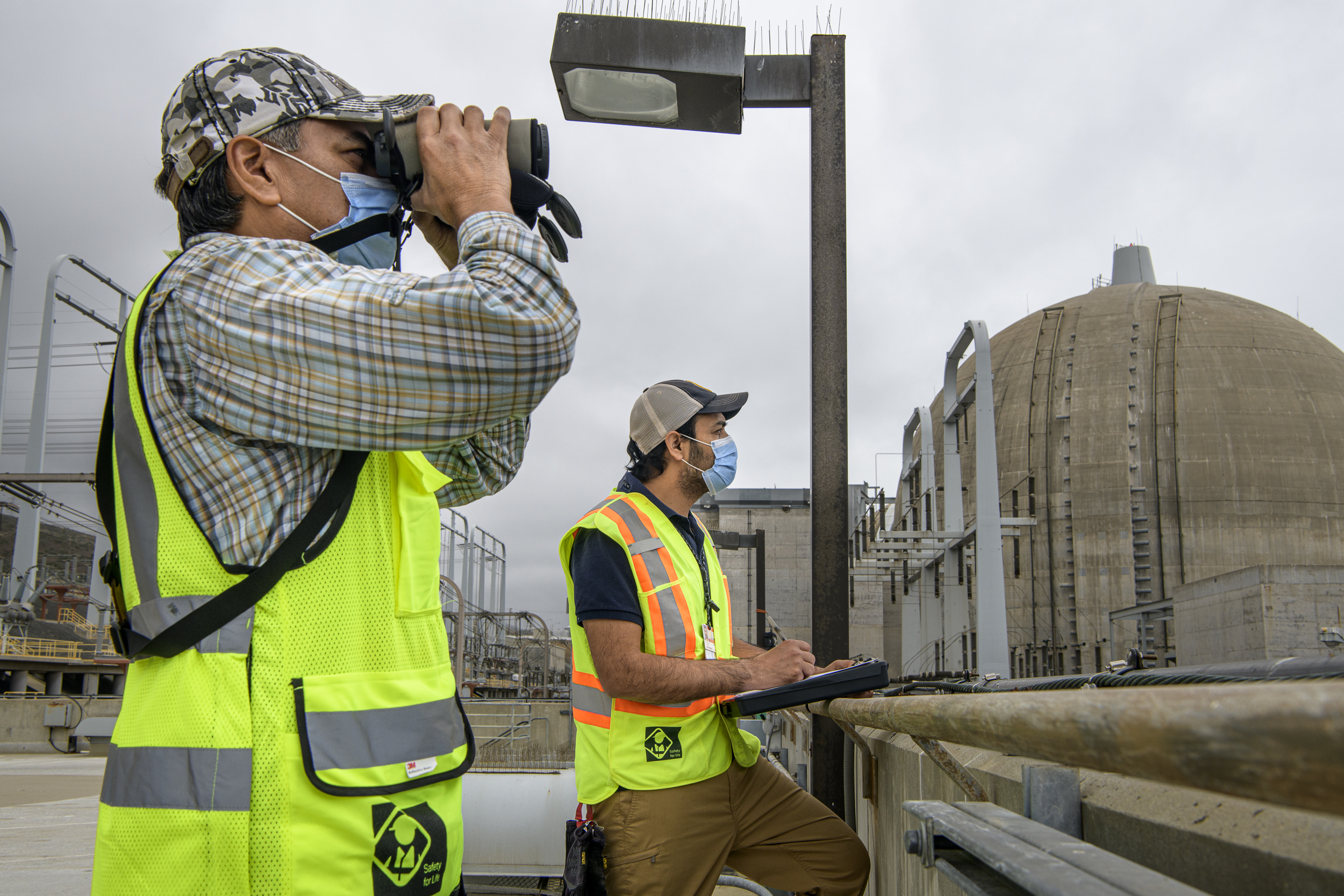