As stewards of the environment, we will continue to support the revitalization of coastal wetlands and marine habitats, including the San Dieguito Wetlands Restoration Project and the Wheeler North Reef. 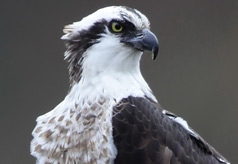 This $90-million restoration project restored tidal flows, natural habitat and vegetation. It includes construction of the coastal segment of the Coast to Crest Trail along the San Dieguito River, creating an outer perimeter to provide public viewing of sensitive habitat and vegetation. The wetlands serve as a fish nursery and a refuge for migratory waterfowl and endangered species, and as an open space for community recreational activities. 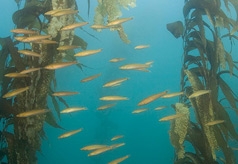 Named after the Caltech environmental scientist Dr. Wheeler J. North, a $46-million, 176-acre artificial kelp reef located off the coast of San Clemente helped create a new habitat for local marine life. The reef was built to offset the impact of turbid water from the San Onofre ocean water cooling system on a nearby kelp bed. In 2018, work began on a 374-acre expansion project.

Learn more about the reef expansion 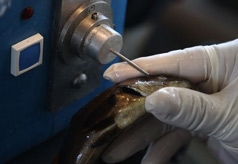 SCE provided $5 million for the creation of the Hubbs Hatchery in Carlsbad, which is restoring the region's white sea bass population through innovative aquaculture and fishery enhancement techniques. The hatchery is capable of producing more than 350,000 juvenile white sea bass annually.