Q: What is radiation?

As defined by the U.S. Nuclear Regulatory Commission (NRC), radiation is energy given off by matter in the form of rays or high-speed particles. Visible light, the ultra-violet light we receive from the sun, and transmission signals for TV and radio communications are all forms of radiation that are common in our everyday lives. These are generally referred to as 'non-ionizing' radiation. Radiation associated with medicine and nuclear power plants is called 'ionizing' radiation because it removes electrons from atoms, causing the atoms to become electrically charged ions.

Q: What are the different types of radiation?

There are several different types of ionizing radiation and each can be contained, or blocked, using different materials. The most common types of radiation seen at SONGS are alpha, beta, gamma and neutron. Alpha radiation can be stopped by a piece of paper; beta radiation can be stopped by a layer of clothing or aluminum; and gamma rays by dense material, such as lead or concrete. Spent nuclear fuel does emit neutron radiation, however in storage, neutron radiation levels are generally lower than the detection instrument’s minimum reading, due to the greater shielding.

Also important to note, some isotopes emit a combination of radiation types. Plutonium-239, for instance, decays with a strong alpha particle and a weak gamma ray. So as long as you keep it outside of your body, it is relatively harmless. 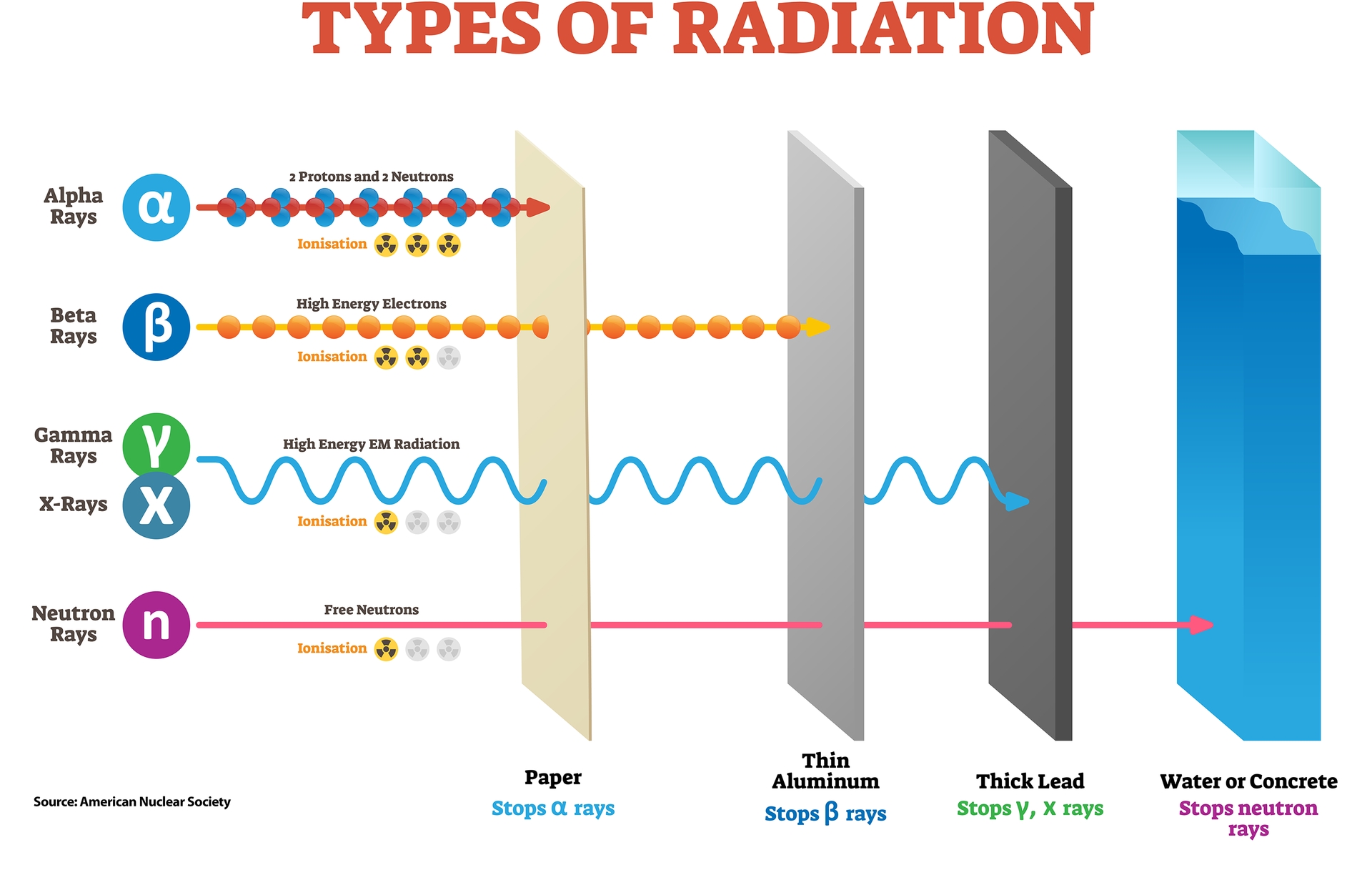 Q: What is radioactive contamination?

Q: How does contamination differ from exposure?

Watch the video below to learn about dry cask storage at SONGS and how it minimizes the risk of radiation exposure and contamination.

Q: How does SONGS monitor radiation on site?

In addition to the ongoing, 24/7 radiation monitoring within and along the perimeters of the plant, SCE installed a separate system specifically for the dry spent fuel storage facility. Though the system is not required by the NRC, we’ve worked with our community and agency partners to install this system to enable public agencies to monitor radiation dose readings, providing additional information to the public. Only one other nuclear plant site in the U.S. has such a program.

Exposure to low levels of radiation encountered in the environment does not cause immediate health effects, but is a minor contributor to our overall cancer risk. The average person in the United States receives an exposure of 300 millirem per year from natural background sources of radiation. If you lived within 50 miles of a nuclear power plant, you would only receive an additional radiation dose of about 0.01 millirem per year.