Reef Project Wraps Up, on Budget, Ahead of Schedule

Southern California Edison’s two year project to expand the Wheeler North Reef off the Orange County coast came to a close this week. Initially started in 2008, the Wheeler North Reef was constructed as a mitigation measure related to the San Onofre Nuclear Generating Station (SONGS) to help increase the number of residential fish in the area. Before the expansion began, the reef covered 174.5 acres and supported an average of about 14 tons of local fish. It has been called the largest artificial reef in the world. 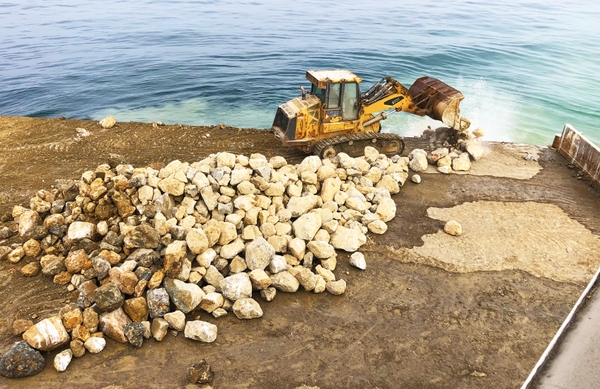 The last rocks are placed north of the San Clemente pier as the Wheeler North Reef expansion project came to a close on July 20.

The reef is doing extremely well, yet it was not large enough to attract sufficient numbers of fish, so an expansion project began to increase the reef by just over 200 acres for a total of 376 acres. The expansion will aid the effort to meet the 28-tons-per-year target set by the California Coastal Commission, the governmental body overseeing the mitigation project. 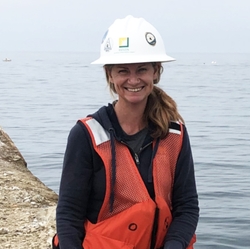 Work to expand the reef began last July and ended in October, at the beginning of lobster season, when the project was about two-thirds finished. The project restarted last month with 58,000 tons of rock remaining to be placed in an area that stretched from north of the San Clemente Pier to just south of Dana Point Harbor.

“The project closed with 202 acres of reef and 150,900 tons of rock placed. All work was completed without safety incident, on budget and ahead of schedule,” said Jenny McGee, SCE project manager. “This is a tremendous achievement and I am so proud of the teamwork that pulled this project to close with success.”

The rocks provide an anchor for the kelp to bond to and grow, sometimes up to 2 feet per day. The reef attracts sea life, including several types of fish such as sheepshead, bass and black seabass. Lobsters and urchins also live there. As the kelp grows, sometimes parts of it will break off, especially during storms, forming kelp patties. These are used as temporary resting spots by other animals such as seals and sea lions. The rocks for the reef came from quarries in Catalina Island and Baja California.

The reef will be monitored by an independent scientific research team for kelp growth and marine life, and measured against performance standards. Once performance requirements are met, the reef will continue to support biological diversity in the local ocean environment for decades to come.