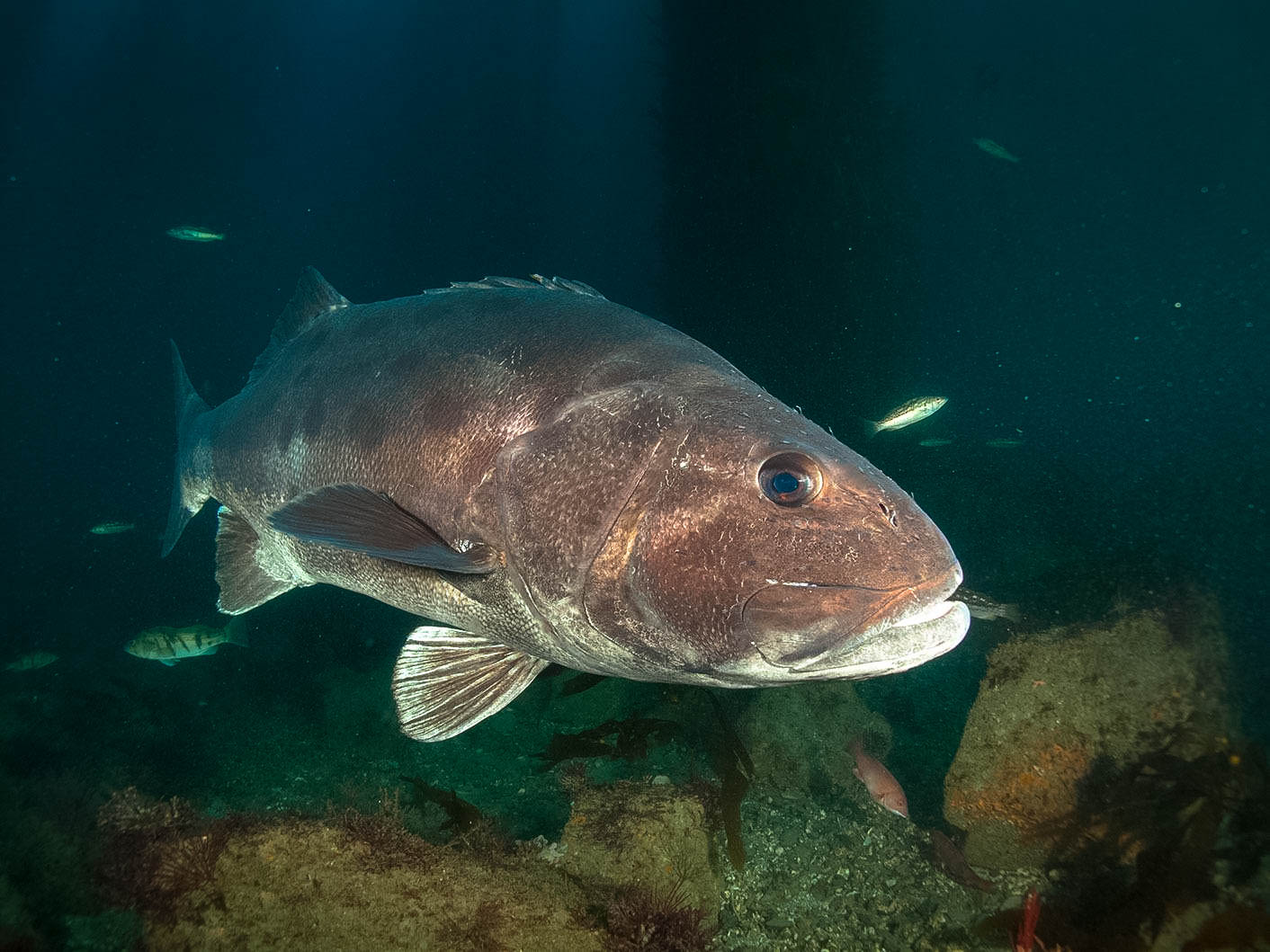 This Giant Sea Bass is one of several that have taken up residence on the Wheeler North Reef offshore of San Clemente State Beach.

The Wheeler North Reef was originally built in 2008 as a mitigation effort related to the San Onofre Nuclear Generating Station to help increase the number of residential fish in the area. Today, the reef covers 174.5 acres and supports an average of about 14 tons of residential fish. That, however, is short of the 28 tons per year set by the California Coastal Commission, the governmental body overseeing the mitigation project.

To construct the reef, a contract crew on a derrick barge uses a large crane to pick up and drop organic quarry rocks into 38 feet of water. GPS is used to determine where the polygons are placed, helping to determine the exact location the rocks, each about 3 feet in diameter, will be placed. 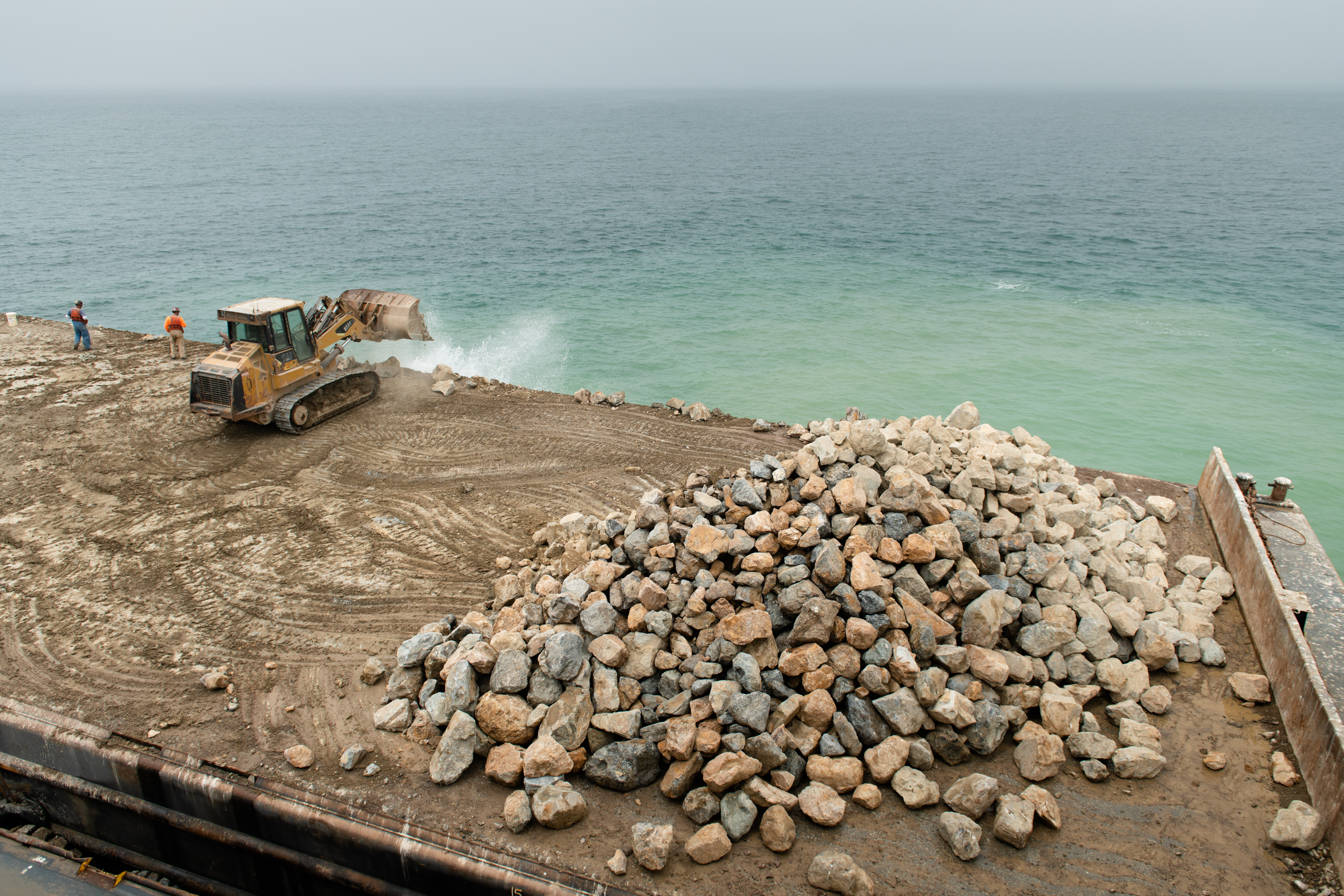 Organic quarry rocks are dropped into 38 feet of water for the expansion of the Wheeler North Reef.

The rocks provide an anchor for the kelp to bond to and grow, sometimes up to 2 feet a day. The reef attracts sea life, including several types of fish such as sheepshead, bass and black seabass. Lobsters and urchins also make their homes here. As the kelp grows, sometimes part of it will break off, especially during storms, forming kelp patties. These are used as temporary resting spots by other animals such as seals and sea lions.

Biologists help monitor the area for marine animals and if any are spotted nearby, the work on the barge stops.

The reef is like a rain forest, supporting a large diversity of species. It also provides different ecosystem functions like food, habitat and protection.

The manmade Wheeler North Reef will have ecological benefits long after the project is completed next September. Most reefs that are formed using man-made structures such as a sunken ship eventually disintegrate. This reef’s organic quarry rocks will not.